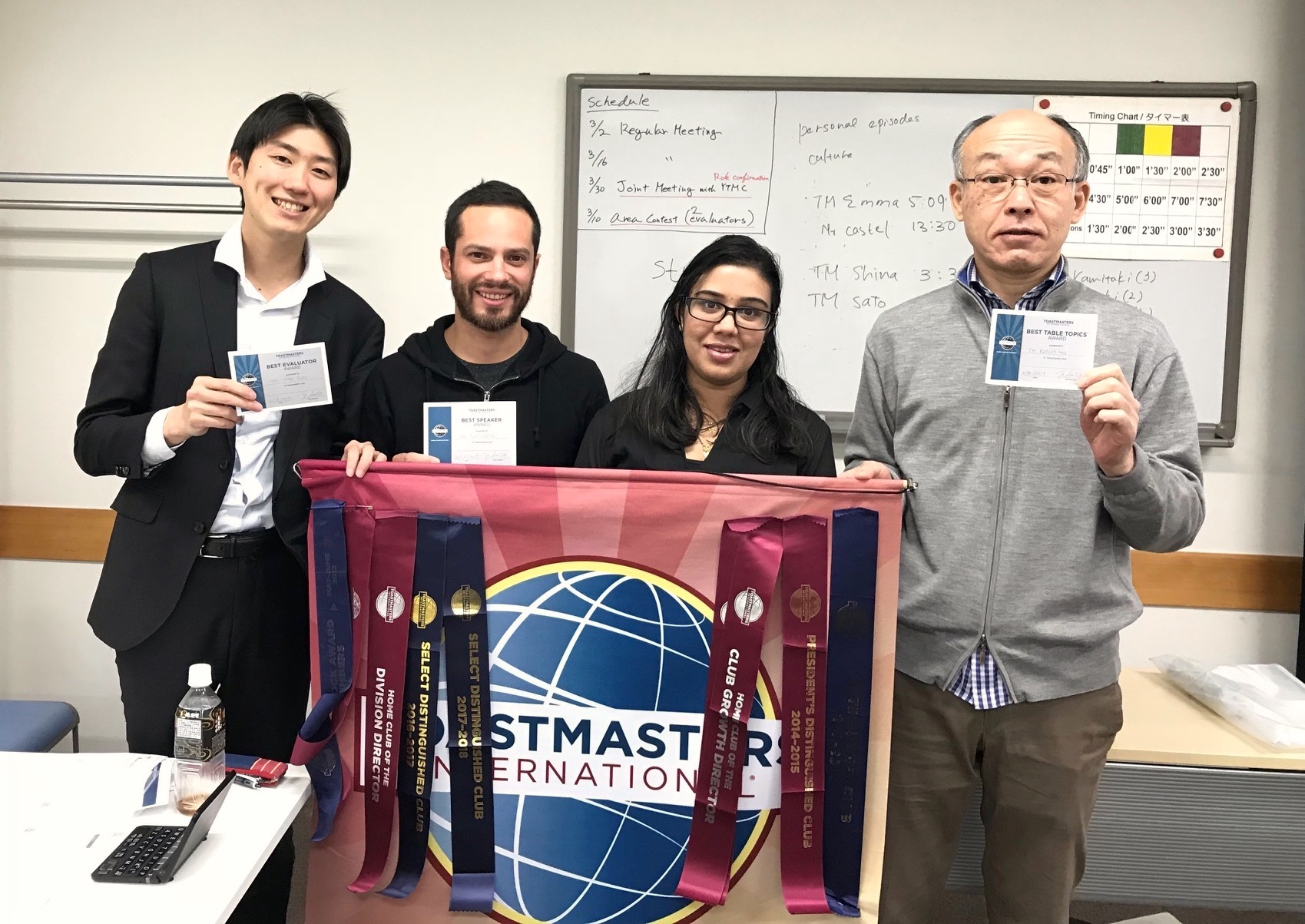 Tonight’s TMoE was AM. Due to many cancellations she must have had a hard time but she facilitated the meeting impeccably.

Topicsmaster was HS who came up with many questions with the theme of history. He asked interesting questions such as ‘who is your favourite historical figure/building/novel?’ and engaged the audience very well. Even people who were unlikely to be appointed had their minds rolling with these intellectually challenging topics.

There were only 2 speakers. The first speaker was EW, who shared the reasons why she stays in Japan. She talked about three factors. It was very interesting for us as to why a non-Japanese person like herself likes staying in Japan. She said that Japan is safe, has a lot of good food and gives her some degree of freedom. She mentioned that she was content with her small house which was nice.

The second speaker was actually a guest, a friend of YT. He is from Mexico City and gave a speech of about 13 minutes. It was amazing to see how he ended up building his own business. I was inspired that he had the urge to broaden his horizons by coming to Japan.

We had plenty of time left after the evaluation session so YT kindly suggested we have an interview session for the guest speaker. We asked a lot of questions to him and he shared many of his insights.

There were a lot of guests as well, as many as 6 or 7. One of them declared to join after the meeting. We are happy to see the membership growing steadily!