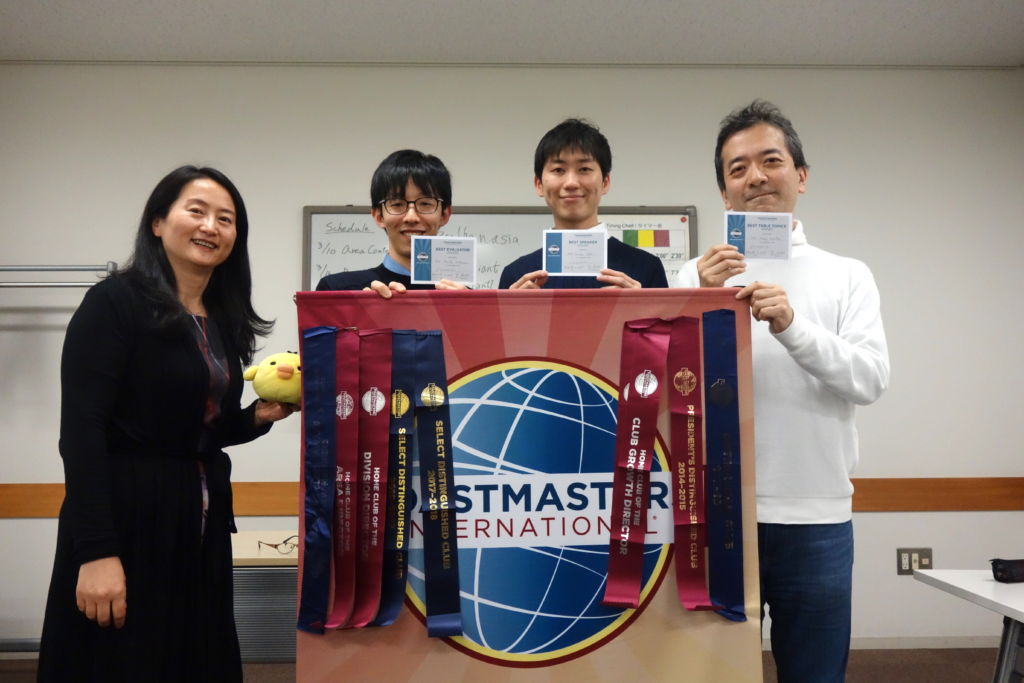 #212 meeting has started with the question from our president.He asked members which Chinese characters might be used for the name of the new era. The order was to choose one character but some teams actually came up with a full name for it. Our club really excited about finding out what it is.

Tonight’s topicsmaster was SM who asked many philosophical questions. She said that at night she was contemplating about a lot of things. They were all so thought-provoking such as ‘Where do you go when you need to escape realities?’ and ‘What is your motivation to work’? ‘Euthanasia’ was a new word for many members.

There were two speeches. SK shared another vivid story. It was interesting observation from his usual life. Second speaker was YS. His speech was about body language.

In the evaluation session, KK gave a thoughtful evaluation. He shared how he was helped by some of the speaker’s descriptions. SS’s feedback was so specific that it helped me tremendously. He said that YS’s arm movements were very small.

It’s so true. YS was uncomfortable about the length of his arms. He hit things. He said, at least at VTMC he want to extend his arms a bit more.

General evaluator was YU. What we liked the most about his comment was that not only should we try to be good speakers but we should also be  professional audience. He is always looking up when listening to a speech, which is reassuring.

TMoE was EW who said she was nervous but she facilitated the session ‘brilliantly’ (‘Brilliant’ was the WoE). We also had treats at the end of/after the meeting. We enjoyed two contest speeches by HK and YT!