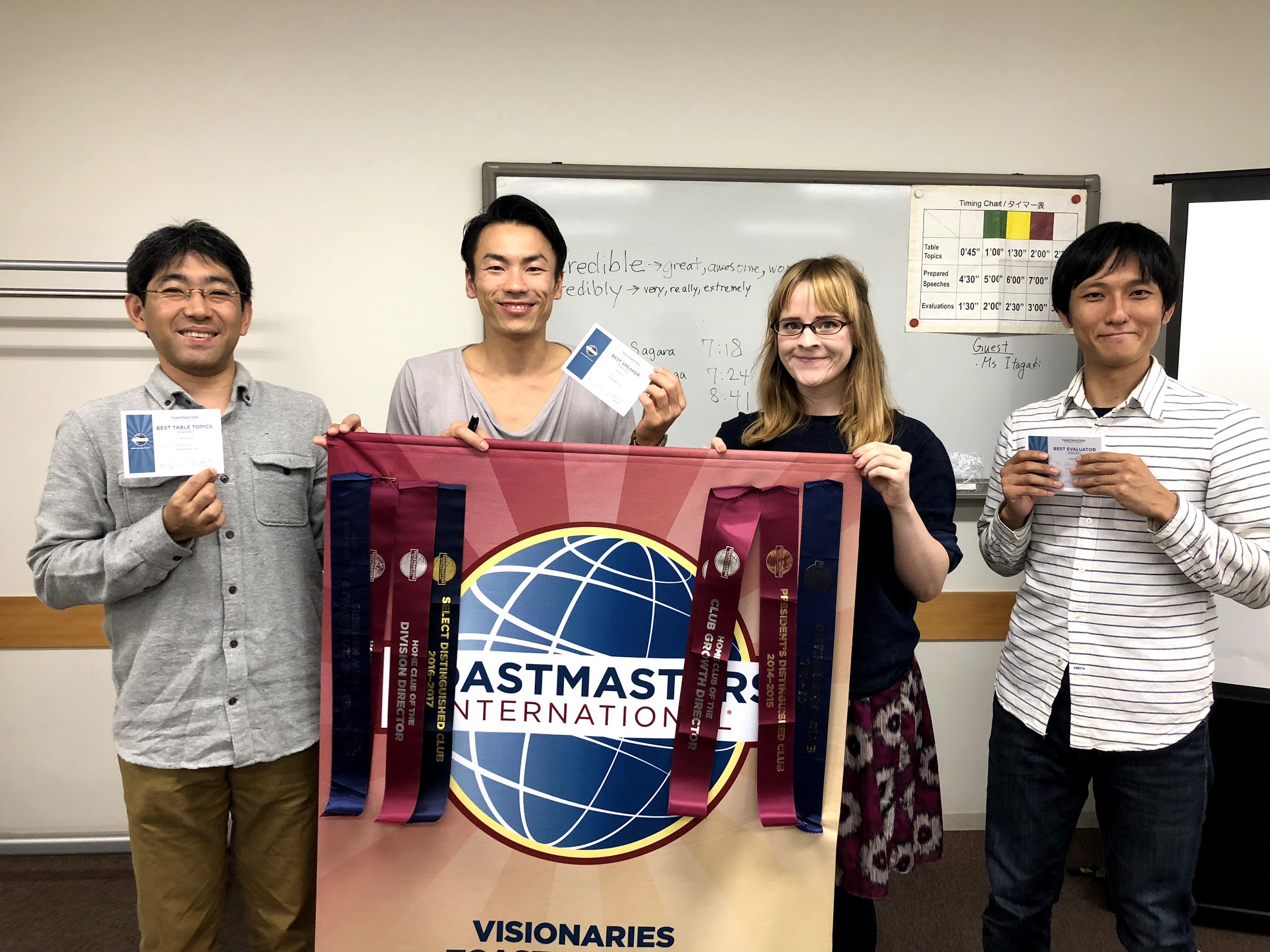 TMoE was KK who did a wonderful job. She chose ‘incredible’ as WoE and I would say it is one of the most successful WoEs as it was uttered a lot. It reminded me of ‘outstanding’ which was another very successful WoE.

The table topics were about 1st time something. MK asked questions such as what sports you came to like first, what was the first cooking you ever did for someone else etc.

Then there was the prepared speech session. KS gave an improved version of his contest speech. It was interesting to see how he had changed the whole thing! It was a lovely, fresh speech. YT’s speech was the difference among the 3 similar looking groups i.e. AKB48, Nogizaka 46 and Keyakizaka 46. The structure was great and it was easy to understand how different concepts are applied to each group with some visuals. CH’s speech was one of the best speeches in my TM life. I had the privilege of evaluating it and I gave my evaluation with my heart not with my mind, which was a new experience for me. I was greatly inspired.

The awards were given to HS, YU and SK for the best table topic speaker, evaluator and speaker respectively.

After the contest VPE YT conducted a feedback session for KS. He was such a great interviewer and many members provided a lot of feedback to our contestant.