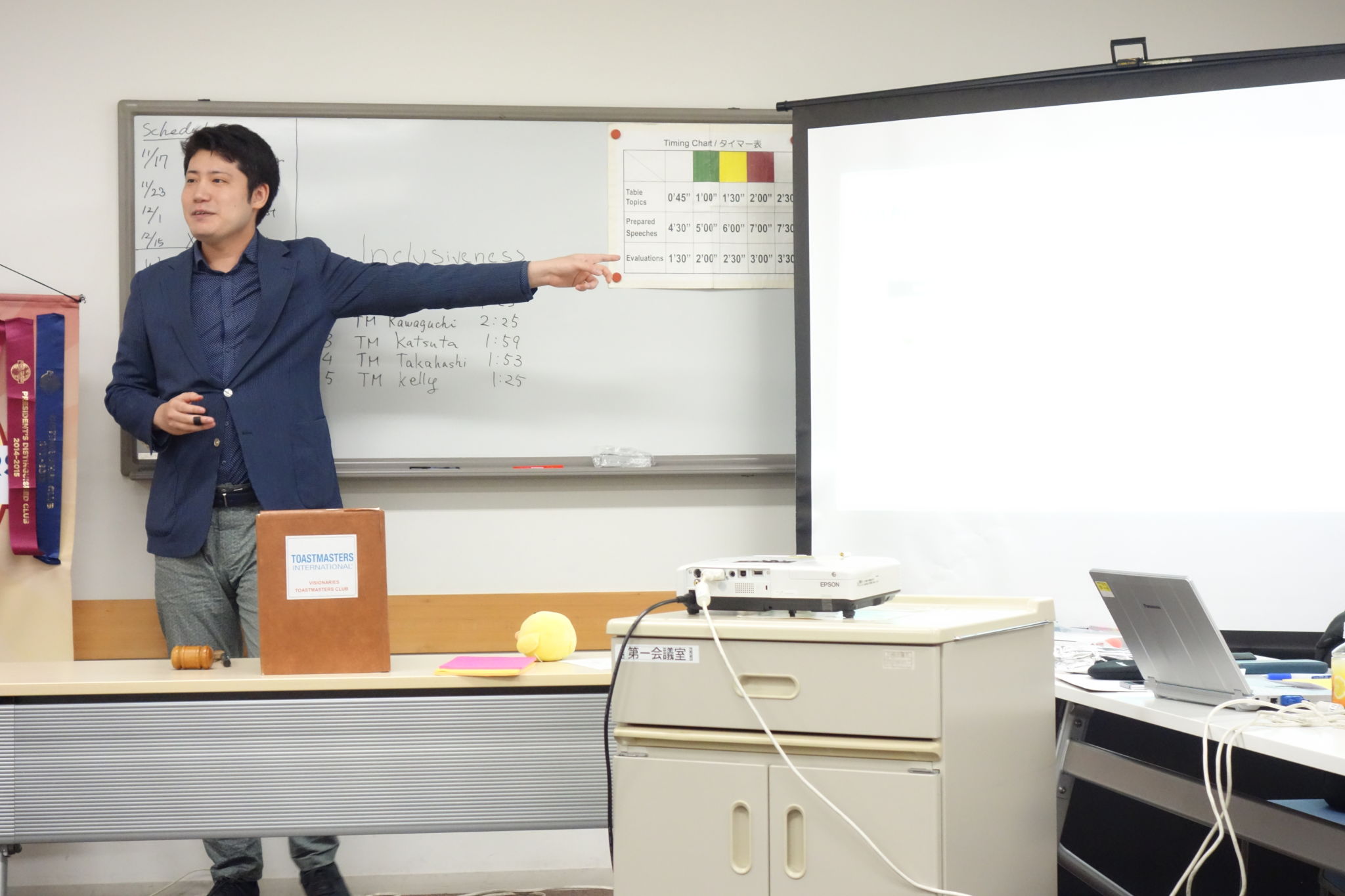 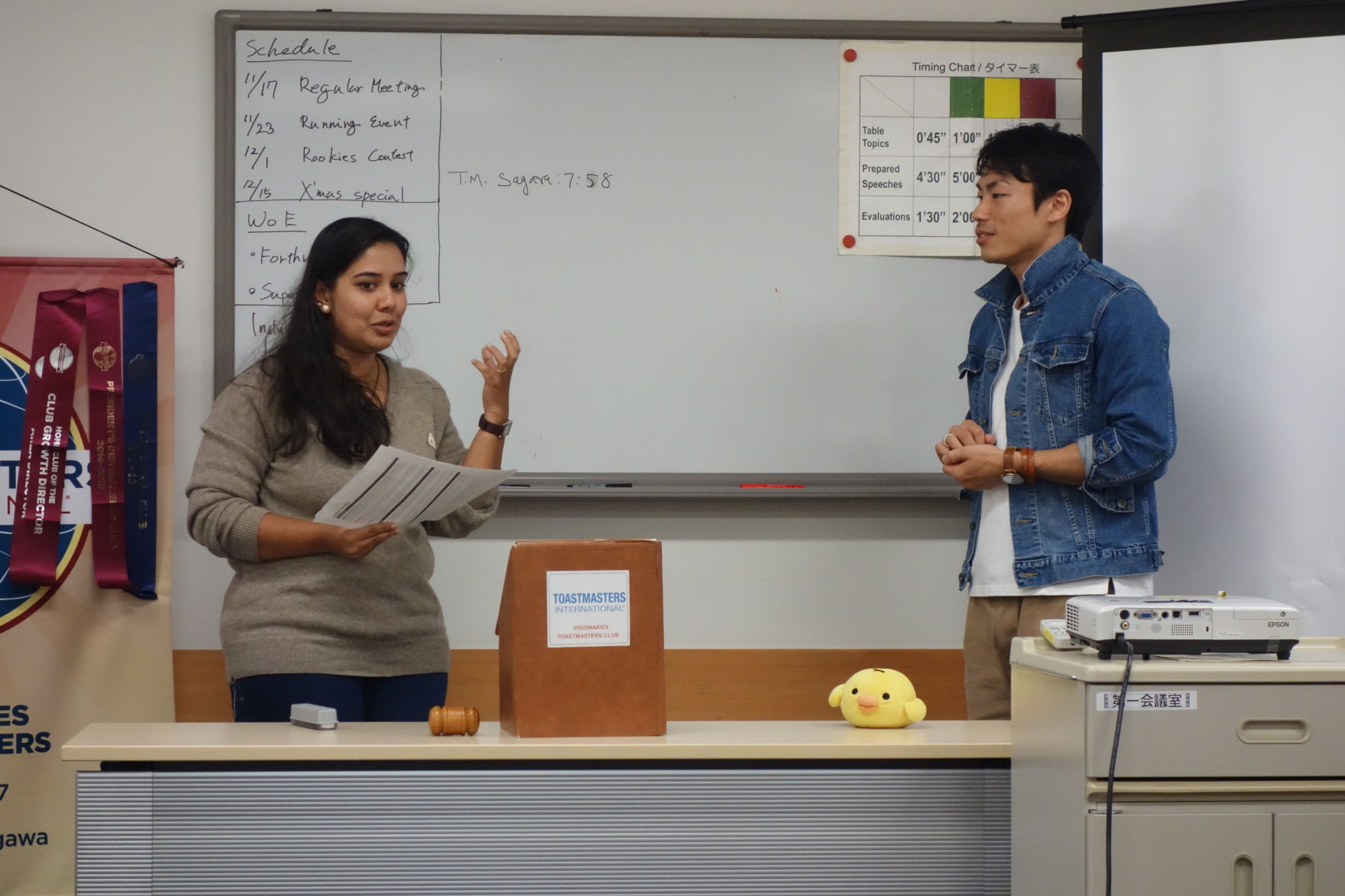 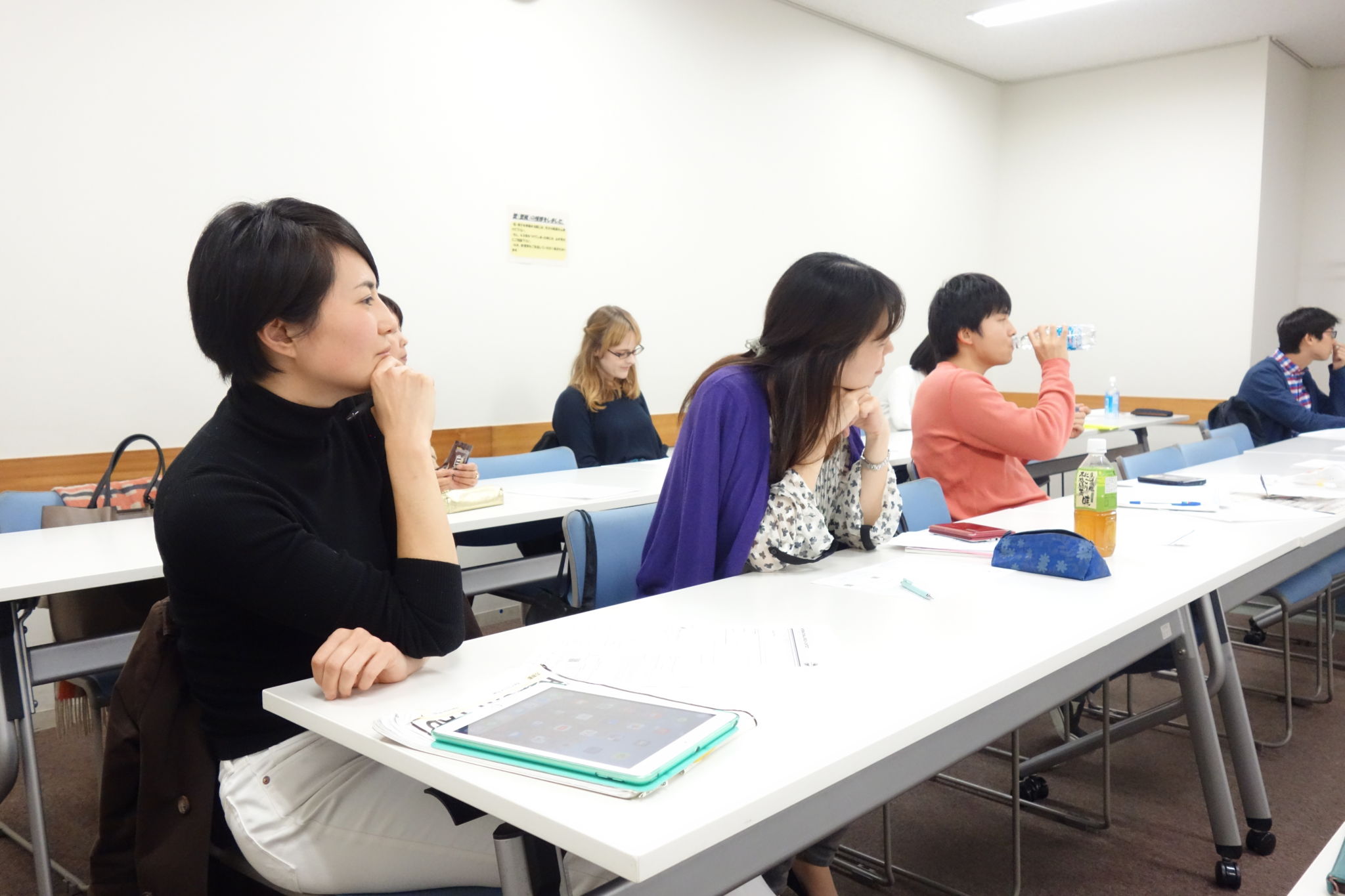 Today we had a different meeting than usual. Since TM KS is going to be our representative for the upcoming Rookies Contest at the beginning of December, we had a meeting focused on contest.

We had a slightly longer table topics session than usual led by TM MS. She asked 5 questions all of which were very topical. I did think some of the questions were very tough such as ‘should a journalist go to a very dangerous area for reporting activities?’ but I think it is nice to occasionally stretch yourselves to answer challenging questions.

Then TM YO hosted an informative workshop on evaluation. He said it is important for an evaluator to give feedback thinking if they can be a promoter of the speech. That means that if the speech you are evaluating is not something that you can recommend to others, you should think about how the speaker can fill the gap.

I also really enjoyed the video he showed us. The evaluator was complimenting the speaker that her speech was already at the national level but he was also giving her some more feedback to take it to the next level i.e. international level.

After that today’s main session came which was a speech by TM KS, our representative. His speech was an informative one introducing advantages of marriage. I did think his message was a bit controversial but I had no difficulty concentrating on his speech (normally it is very hard for me to keep my focus as my attention span is not very long).

Everyone gave very candid feedback but TM KS was strong enough to take it all positively. I think it was very brave of him to present his thoughts in front of the audience which he had known for only a few months.

He kindly sent out a message saying that he is open to suggestions. Of course one way to go is that he sticks with his original message, which should be respected by all means. But if we can make it a team effort where everyone contributes some input and if he can increase his chance of winning the contest, I would be very happy!